How To Eliminate Galling in Fasteners 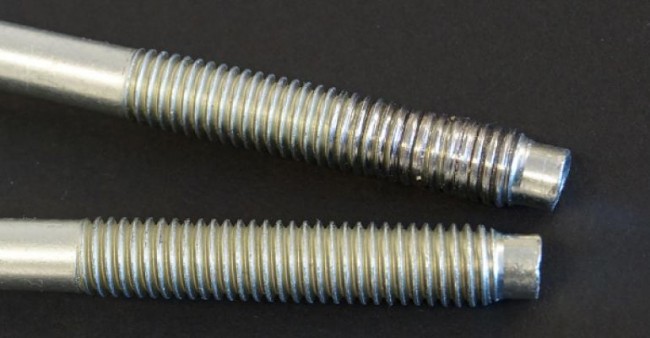 Getting the best fastener can often be an afterthought on a major design project, and this can lead to problems. For example, a Fortune 500 manufacturer of medium- and heavy-duty trucks were having problems with trucks coming off a new assembly line. The company isolated the problem to the fasteners used to attach the diesel exhaust fluid tanks onto the truck’s frame. The fasteners were galling, a form of wear in which metal parts slide against one another and create stress. Although designers had included locking fasteners to manage the constant vibrations in the joint, they did not address the possibility of galling.

Galling is one the most common problems when tightening fasteners. It is a form of wear that takes place when two metal surfaces slide against one another under load. Their asperities (the sharp, rugged, often microscopic metal projections on a part’s surface) rub across each other, generating local stress. This stress disrupts the metals’ passive oxide layers and results in a plastic deformation that generates local heating and increasing the adhesive attraction. As the sliding motion continues, metallic bonds between the two surfaces form, eventually welding the parts together. Although galled fasteners will not loosen, the affected joint won’t be properly tensioned and can fail from fatigue when put under service loads. As a result, the equipment may be affected, with mating components seizing, and becoming stripped, twisted off or sheared.

Therefore, galling can affect a truck’s overall quality, reliability, and durability, when it only occurs sporadically on the assembly line. It can increase maintenance and repair costs, as the galled or broken fasteners need to be removed and replaced, and the holes where the fasteners are applied may need repairs. And if features on fasteners that promote galling are not eliminated or mitigated, they may not only chronically affect the equipment, but the assembly line also, exposing it to recurring delays, downtime, and occupational hazards.

Several factors promote galling, such as low surface hardness, rough surface finishes, the absence of lubricants, and using fine threaded fasteners or locking fasteners. But some of these features may be essential to fastener performance in certain applications. Therefore, it is important to balance a fastener’s properties accordingly.

For example, in corrosive environments, it is necessary to find a balance between corrosion resistance and anti-galling properties, which are both equally affected by surface hardness. For example, stainless steel, aluminum, and titanium don’t rust easily, but they are more prone to galling. Another situation where designers must balance a fastener’s characteristics is under conditions of constant vibrations. In these cases, thread locking patches are needed to prevent fasteners from losing grip over time. The clamp-loaded locks also keep the structure together, preventing it from falling apart and causing major failures. However, the high level of vibration resistance comes with increased friction between threaded surfaces, which leads to galling.

Balancing the fasteners’ properties to get the best performance while preventing galling is not easy. So, the truck maker called on fastener experts at Optimas for help in solving their problem. Application engineers there are experienced and can recognize what fastener features are required and how to combine them. In addition, they can see when standard solutions do not fit with the assembly requirements and act accordingly, modifying pre-existing components or designing and manufacturing new ones.

Engineers at fastening companies can analyze a variety of factors of failed or damaged fasteners, including bolt straightness, plating, design, and patch location to understand why it failed and how to correct that.

Engineers from Optimas and the truck maker analyzed the bolt straightness, the plating type, and the design and location of the patch, to better understand the fastener function, where it was failing and how to optimize it.

As a result, Optimas helped redesign the fastener. They reduced the length of the threaded component, moving from a fully-threaded design to a partially threaded one. Most of the load on a threaded fastener is carried by the screw’s first few threads. A fully-threaded fastened does not add any benefit in terms of performance, but it does add more friction which contributes to galling.

Optimas also applied an anti-galling plating, zinc trivalent clear plus seal plating. They also substituted the hard lock patches for FCT-360 soft nylon ones. Hard and soft patches tend to differ in their adhesive strengths. Hard ones have higher anti-vibration characteristics that prevent joints from loosening but can cause galling. Soft ones

might create a less powerfully locked assembly but reduce friction galling. In this case, the soft patch lowered

friction yet still provided the same anti-vibration properties as the hard patch.

In addition, Optimas redesigned the part and joint to reduce downtime and rework to remove galled assemblies. This also reduced the potential risks of occupational hazards created by galled assemblies. They worked with the original parts supplier to source the parts with the new coatings and patches without altering the overall distribution and logistics channels. This resulted in a more consistent and efficient process, which delivered savings throughout the assembly and product lifecycle.

Even the smallest component can ruin the effectiveness of an assembly line or cause significant challenges, which in turn may determine a manufacturer’s success or failure. By partnering with experts in engineering and supply, manufacturers not only solve incumbent issues such as galling, but also boost safety, quality, speed to market, and profitability on their factory floor. 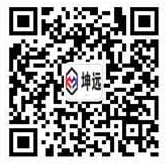